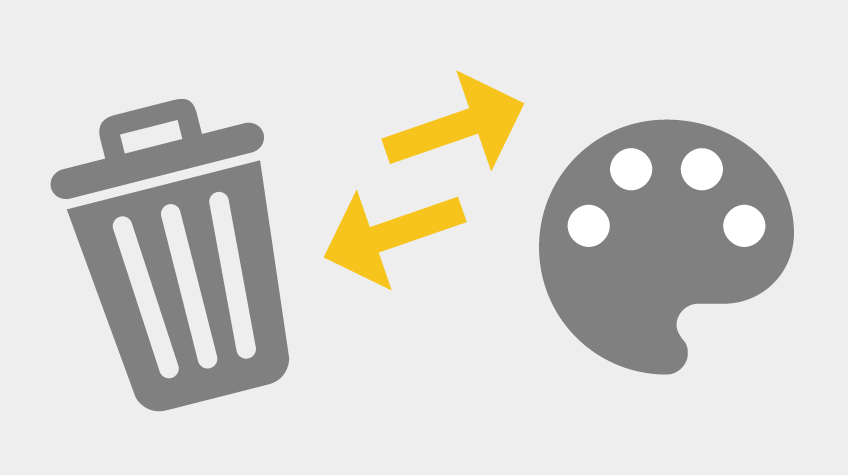 One Man’s Trash is Another Man’s Treasure: 5 Artists Who Create Sculptures Out Of Waste

Due to the wasteful society we live in today, our output of waste is ever increasing, but have you ever wondered what might happen to it afterwards? With landfills filling up and recycling high on the world’s agenda, these five innovative artists have used household waste, electrical goods and recyclable products to create thought provoking works of art that are both visually attractive and comment on wider issues of consumerism, human consumption and waste.

First exhibited in Belfast, this Irish artist’s giant sculpture created using electronic goods seeks to highlight the level of waste in our current highly consumerist, technological age. When people change their television, computer, tablet or phone model on a regular basis, this creates high levels of electronic goods with no purpose. McKnight’s ‘WEEE World Altogether’ forms the shape of a globe held up by two legs, perhaps symbolising how the world is now held up and relies on technology to function. This impressive installation by German artist HA Schult has travelled the world in twenty containers and been featured on iconic landmarks such as The Great Wall of China and Moscow’s Red Square. Created using cans, electronic goods and other household waste, ‘Trash People’ is made up of a thousand life size figures that form a silent trash army. In this work Schult seeks to highlight the high levels of waste produced by global human consumption and explores the idea that we produce huge amounts of waste during our lifetime yet leave it behind for others to deal with when we die. This prolific Korean artist is known for her huge and mesmerising sculptures made from rolled up newspapers and magazines. Forming three dimensional structures whose shapes and designs are influenced by physics and religious symbols, the choice of material is important due to its finiteness. The trees used to make the materials may one day be gone without responsible waste management- just like the stories within the magazines will soon be history. Another Korean artist that studied and now lives in New York, Yong Hi Jo creates incredible sculptures of animals and humans using old tyres. He uses the old rubber to form large structures of mythological and endangered species, perhaps highlighting how irresponsible waste management in the past has contributed to global warming and the extinction of many animals. He also creates hybrid sculptures of humans and animals that comment on how the world has been forced to go against nature by using genetically engineered mutation for survival. This Florida based artist has seen his work commissioned for use in an Absolute Vodka advert as well as being displayed in various galleries and museums across America. Zac Freeman creates giant portraits out of trash such as bottle caps, tin cans, and other waste- used objects full of energy and meaning from the past. His three dimensional works become 2D when seen face on and only seem to come together properly when viewed from far away, reflecting how sometimes we need to take a step back to view the bigger picture and properly see the dangers of consumerism and waste.