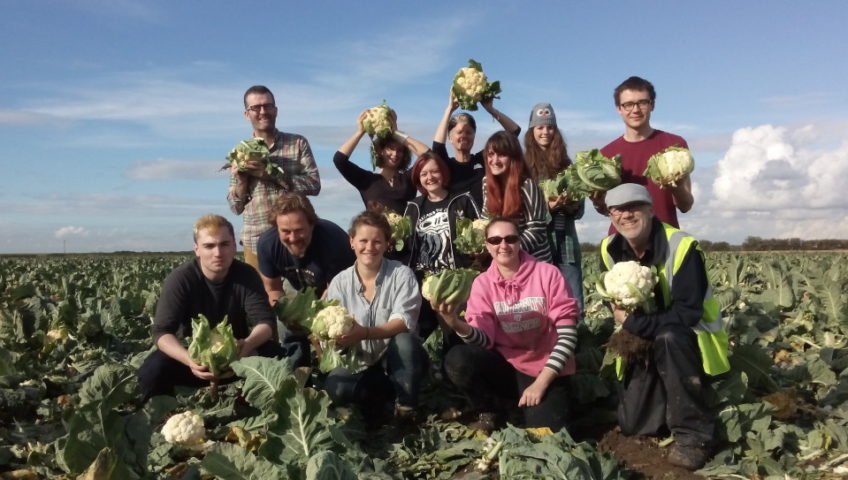 Attending the RWM – Energy, Renewables and Water Show provides us with an invaluable chance to connect with other businesses in the waste management realm. This year has been no exception. Last week we spoke of the great work being done by Shrewsbury based charity, The Food Hub on our Trade Skips blog, who have military precision like organisation as they make their nightly collections from supermarkets to feed hungry residents throughout the region at various centres, schools and charities. Sadly, not every region has a charity anywhere near as effective as the Food Hub, who make superb use of food that would otherwise goes straight to landfill.

The Feedback Group is an organisation that is tackling this issue head on – and as we listened to the group’s founder, Tristram Stuart, we were inspired by the ways in which they’ve achieved so much in bringing this issue to the forefront of consumers’ minds. Here is their story…

Starting with a little context

To give some idea of the magnitude of the issue Feedback is challenging, consider this:

The UK wastes ⅓ of its entire food production, whilst it’s estimated the world may have as high a food wastage proportion as 50%.

If vegetables don’t fit into a packet – they’re not cut down to fit… they are thrown away – despite them being perfectly fine to eat.

Veg that isn’t PERFECT (as according to EU regulations) cannot be sold, even though it tastes the same – 10-20% is wasted due to this.

In superstores’ freshly baked sections there must be a certain selection of breads, even at 11pm at night when demand is extremely low. Every night many loaves are then simply throw away.

What’s more, this problem doesn’t look set to go away – in fact, it may even worsen…

We plan to produce 30% more than our average NEEDS as we consume what we want rather than what we need.

Such scales of food waste is one thing, however the implications for the average farmer is another matter entirely. By being forced to over produce for a market that doesn’t actually demand as much as is sent to supermarkets, farmers are being underpaid. Ultimately this is impacting agricultural workers and their families both at home and abroad, having knock-on effects such as being unable to afford education leading to a cycle of poverty.

Feedback – An organisation tackling the challenge of food waste

Feedback has been committed to raising awareness around the issue of food waste for the past decade. Their efforts have perhaps been mostly noted for their now infamous highlighting of food wastage, by showing broadcast media and journalists behind the scenes of supermarkets.

Tristram Stuart has published a book on the previously unaddressed topic of food waste: Waste: Uncovering the Global Food Scandal (Penguin, 2009). Feedback was pivotal in attracting even more public awareness, when they organised an event where 5000 people were fed in London’s Trafalgar Square amongst other locations including NYC and Amsterdam.

Today, Feedback have celebrated achieving the once seemingly impossible – with major UK retailers declaring that they would release food waste data – the first of which we have already seen. As a consequence of this, combined with the public’s reaction to these figures, most supermarkets now make concerted efforts to drive down their wastage.

Find out more about the Feedback campaign